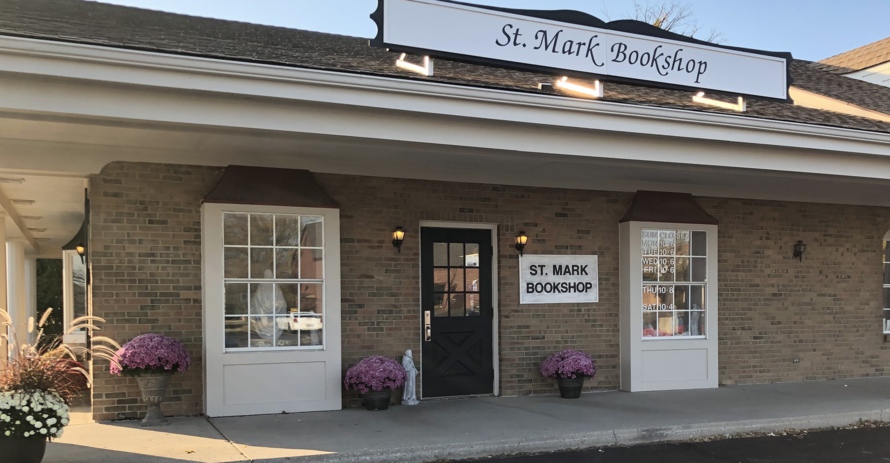 St. Mark Bookshop has been the premier Catholic bookshop in the Dayton area since 1963, offering a wide selection of books, Bibles, gift items and greeting cards.

In 1963, Fr. John Seaman, chaplain at Julienne High School in Dayton, Ohio, approached the Archdiocese of Cincinnati about opening a Catholic bookshop in downtown Dayton.  Archbishop Karl Alter endorsed this, served on the advisory board and stipulated that the shop contain a designated area for an information center, offering free access to books such as the Catholic Encyclopedia.   Fr. Seaman chose to name the store St. Mark Bookshop in honor of the earliest Gospel writer.  The store opened on a day that was to become memorable in American history:  November 22, 1963.  The store closed later that day to join the country in mourning the death of President John F. Kennedy.

From 1963 to 1979, the Archdiocese of Cincinnati owned St. Mark Bookshop.  A Diocesan priest was the overseer and Legion of Mary volunteers helped staff the store.  Bill Kiefer, a former Marianist brother and manager of the bookshop and his wife Marie, a store volunteer, purchased the store from the Archdiocese in 1979.

The original store was located in a 20’ by 24’ space in the north end of the lobby of the Biltmore Hotel at First and Main streets.   The bookshop relocated twice in the downtown area and settled at 123 East Third Street where it remained for 33 years.  A satellite shop operated at Bergamo Center from 1982 to 1988.  The Centerville shop opened at St. Leonard Center in 1983 and moved to its’ current location in 1994.

St. Mark Bookshop was a ministry to Bill and Marie.  Well into advanced age they worked six days a week in the shop.  Marie passed away in 2007 at the age of 100 and Bill passed away in 2012.  His Estate was left to the Marianists.  The Provincial and Board wanted the legacy of the Kiefer’s and the ministry of the bookshop to continue so they generously offered to transfer the operation to the employees.

The downtown location was closed in September of 2012.

In July 2013 an Ohio Non-profit was established and a volunteer Board of Directors was formed to oversee the bookshop with the long time employees handling the day to day operations. Their mission is to provide books, media and gifts to inform, instruct and inspire the Catholic community of greater Dayton with personal, individualized service to fit the desires and needs of the customer.

The intent of the new corporation is to donate profits to local charities and Marianist interests.